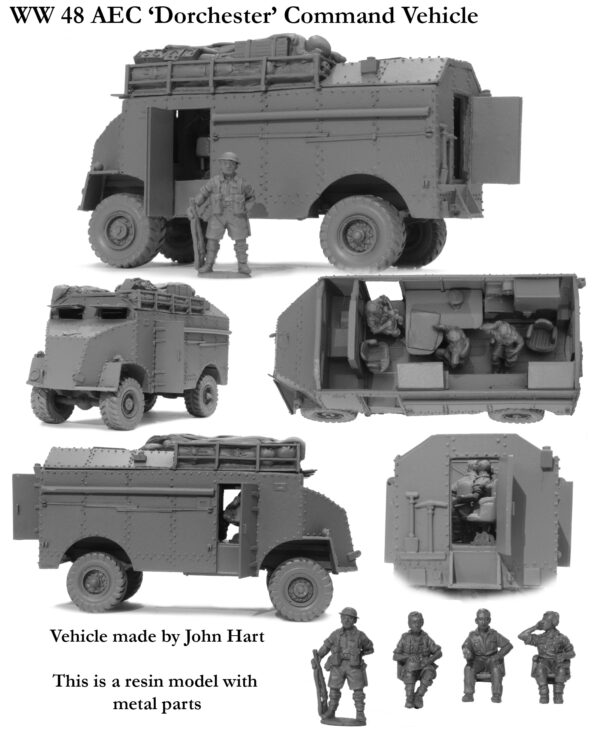 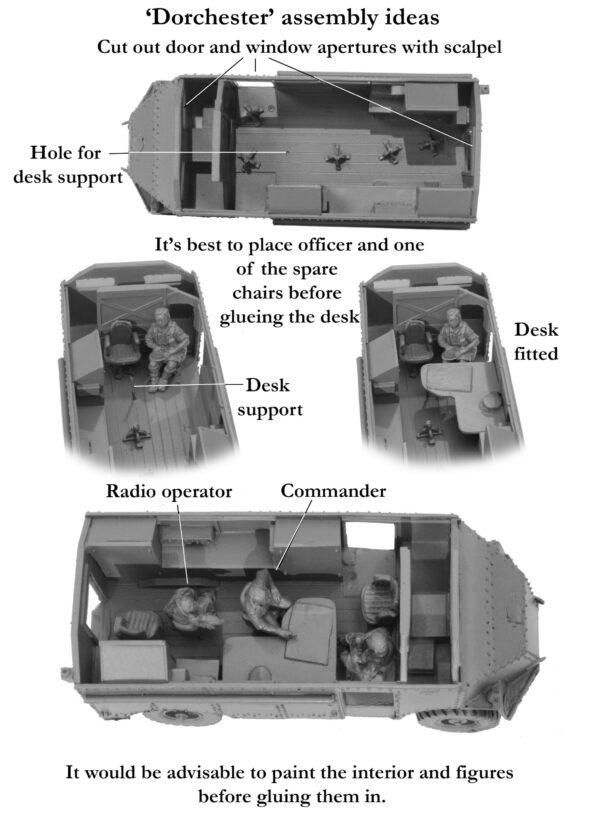 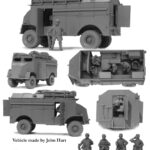 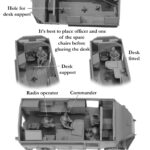 WW 48 AEC ‘Dorchester’ Command Vehicle. The Dorchester was used by British forces in the Western Desert although three were captured by the Afrikakorps with two ending up in Rommel’s HQ. It was named after the Dorchester hotel because of it’s size and internal luxury.

The vehicle was made by John Hart and is supplied as a resin model with metal parts and figures.