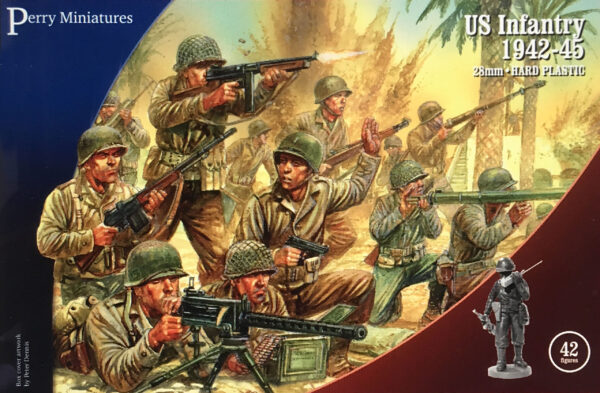 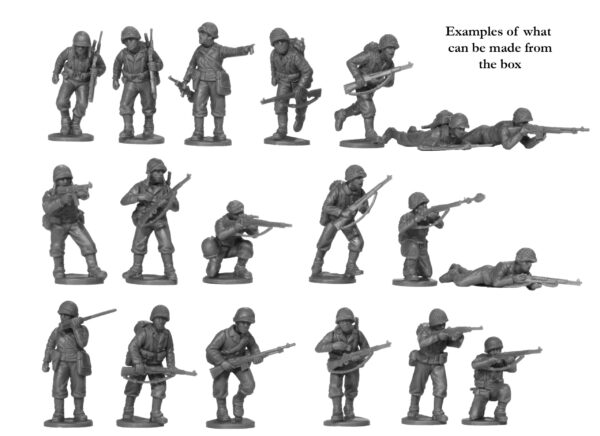 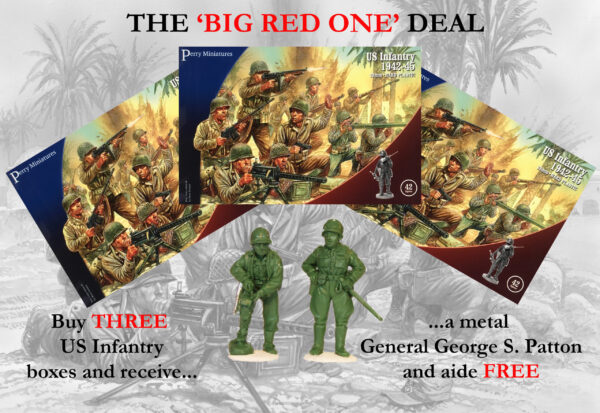 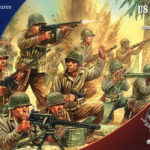 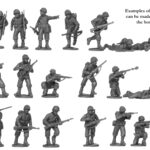 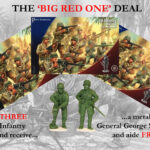 This box contains enough plastic figures to represent a full strength platoon plus HQ. In 1942 a company comprised of three platoons each of three sections of 12 men, at full strength, plus an HQ of five men. There was also a Weapons Platoon comprising of two .30 Browning machine guns (included) and three 60mm mortars (not included but available in our metal range). Each section included a corporal and five Garand armed riflemen (although early on there was a rifleman equipped with a Springfield rifle and grenade launcher), two Garand armed scouts, two Garand armed assistants to the BAR as well as the BAR gunner plus a sergeant often armed with a Garand but occasionally equipped with a carbine or Thompson SMG.