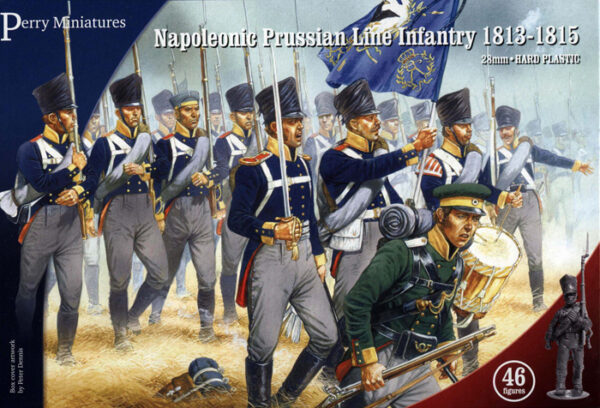 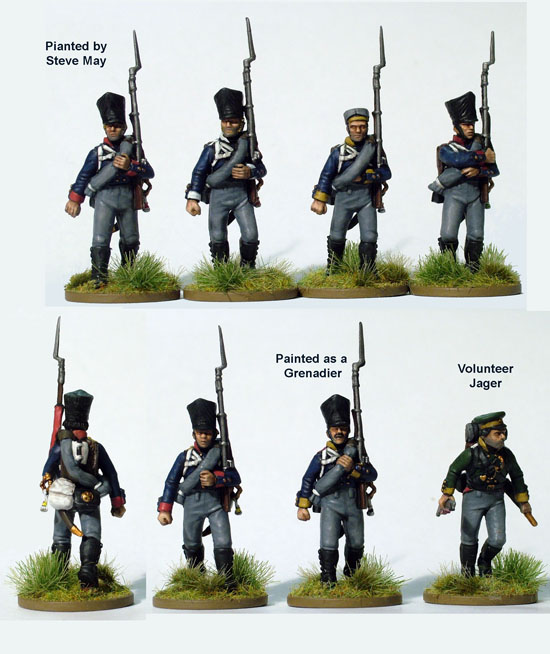 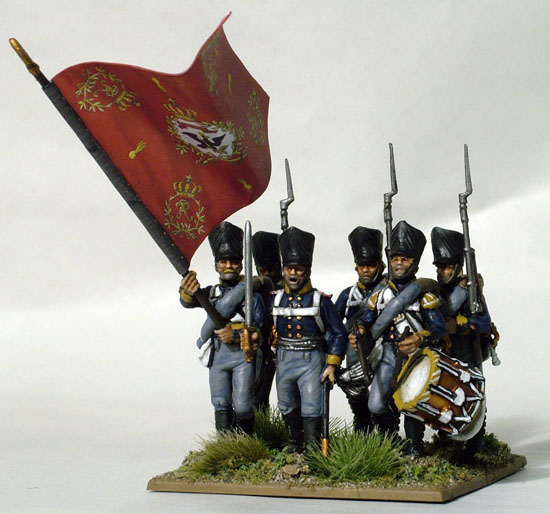 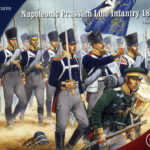 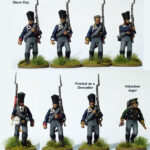 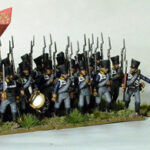 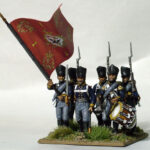 The set comprises of 40 Line Musketeers/Grenadiers plus a detachment of 6 Volunteer Jaegers which were often attached to regiments. The 40 infantry will give you a full strength battalion at 20:1. We’ve gone for the traditional march attack pose for the Line infantry and, as they’re advancing at speed, we’ve made the Jaegers ‘at trial’, firearms in one hand and their Hirschlangers in the other (!) There are enough heads with covered shakos for all the figures in the box. In addition there are heads with the Line Feldmutze and peaked Schirmutze for the Jaegers as some units had them. Likewise the Jaeger belly pouch is separate as some Volunteer Jaeger units had them. Most figures are in 3 pieces as we realise people like to build up units quickly, so you’ll get head , equipment (knapsack, haversack, cartridge box, short sword and half the greatcoat are in one piece) and body to put together.

The command frame comprises of one officer, one standard bearer, one drummer and an NCO.