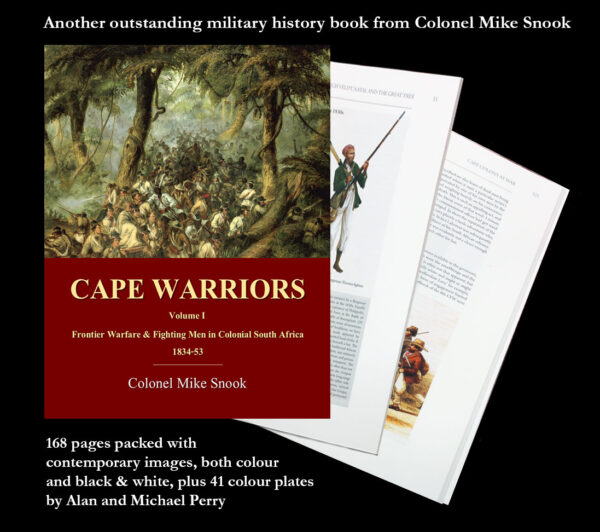 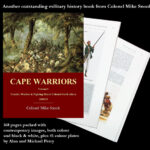 If you are going to Salute there's no need to Pre-Order as we will have plenty of copies there.

Cape Warriors Volume I examines the nature and conduct of frontier warfare and contemplates the armies and fighting men of all persuasions who clashed so dramatically over two key decades of South African history. In the Eastern Cape the long running succession of conflicts between Cape Colony and the amaXhosa continued with the 6th and 7th Cape Frontier Wars of 1834-5 and 1846-7. In the late-1830s the Boer emigration into the interior, the so-called ‘Great Trek’, collided violently with the amaNdebele and amaZulu peoples. There were Anglo-Boer confrontations in Natal (1842) and across the Orange River (1845 and 1848). In late-1850 the 8th Cape Frontier War commenced, a conflict which would run on for more than two years, taxing the British Army, the colony and the Xhosa alike to the limits of endurance. In December 1852 the British and the Basotho fought a highly dramatic one-day war and made peace the following day. Cape Warriors contemplates the dress, weaponry and tactics of a remarkably dissimilar array of fighting men: rough-riding boer commandos; fearless Zulu and Ndebele amabutho; famous British regiments of redcoats, riflemen and lancers; canny Xhosa warbands; swirling clouds of Basotho horsemen; ragged bands of Griqua, Bergenaar and Korana horsemen; the iron-seated mixed-race regulars of the ‘Cape Mounted Rifles’; the colony’s diverse cast of citizen militiamen – Khoekhoe ‘Hottentots’, Malays, amaMfengu (Fingoes), Cape Dutch, English settlers, ‘Liberated Africans’ (West Africans rescued from Transatlantic slavers), others besides. Written by a leading subject matter expert and lavishly illustrated, including with more than 40 new uniform plates by Alan and Michael Perry, Cape Warriors Volume I is an essential addition to the library of anybody with an interest in nineteenth century African warfare.