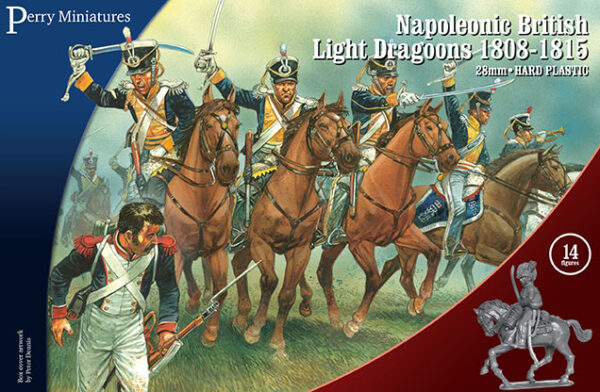 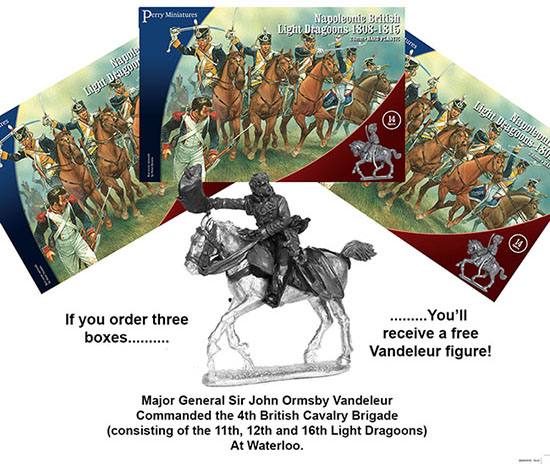 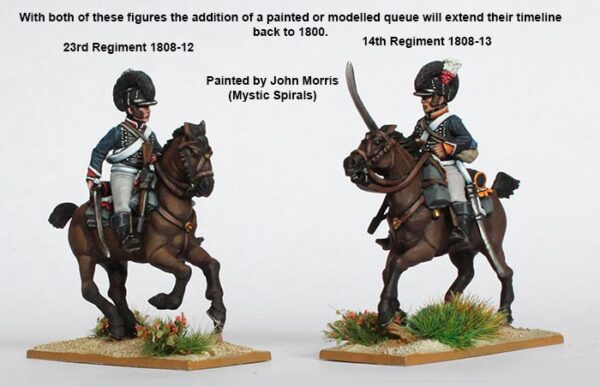 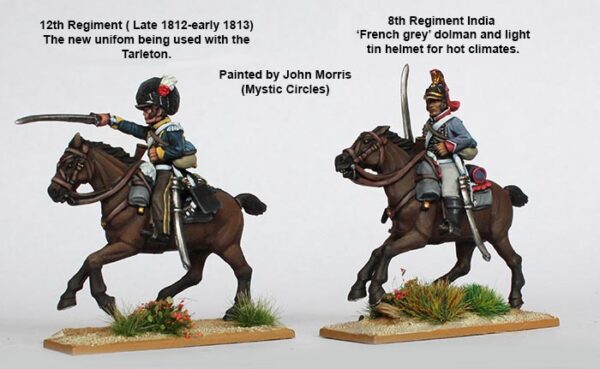 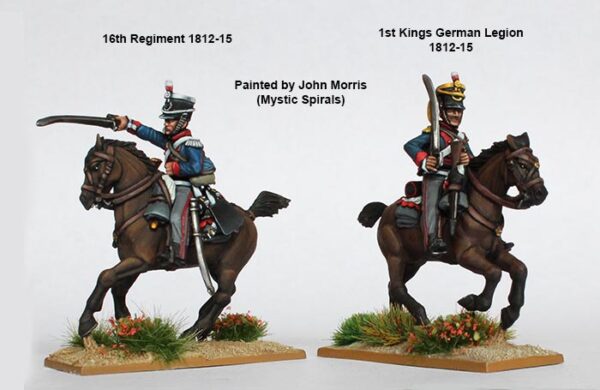 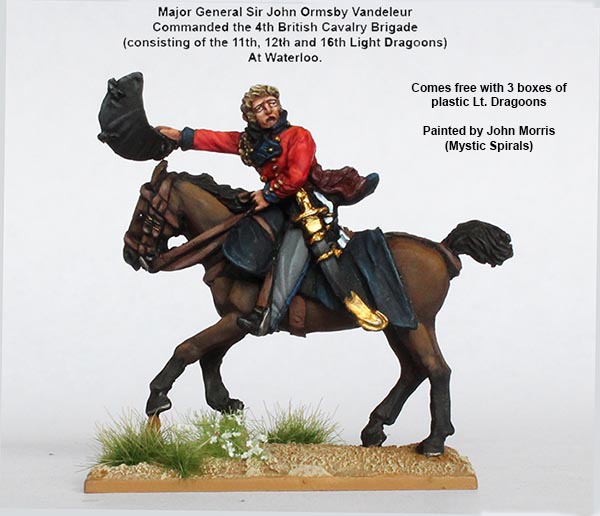 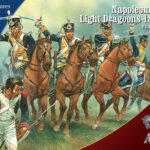 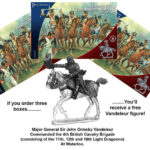 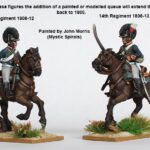 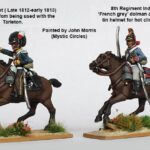 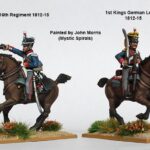 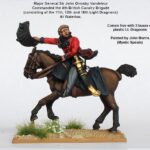 The figures in the box cover all the regiments of the British Light Dragoons from 1808-15. The early Peninsular War uniforms (consisting of the dolman and classic Tarleton) as well as the late Peninsular War/ Waterloo campaign uniform (consisting of the shako and ‘French style’ coat) are included in the box. The bodies are split at the waist and both overalled legs and breeches and booted legs are provided for all.  Heads with helmets tropical climates included. With a small addition of a queue (either painted or modeled) the figures in this box can be used back to 1800.

BoxContents:  14 mounted figures in the box (12 troopers, an officer and trumpeter).