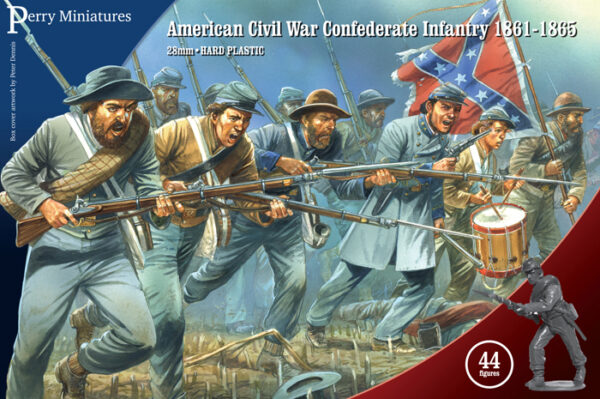 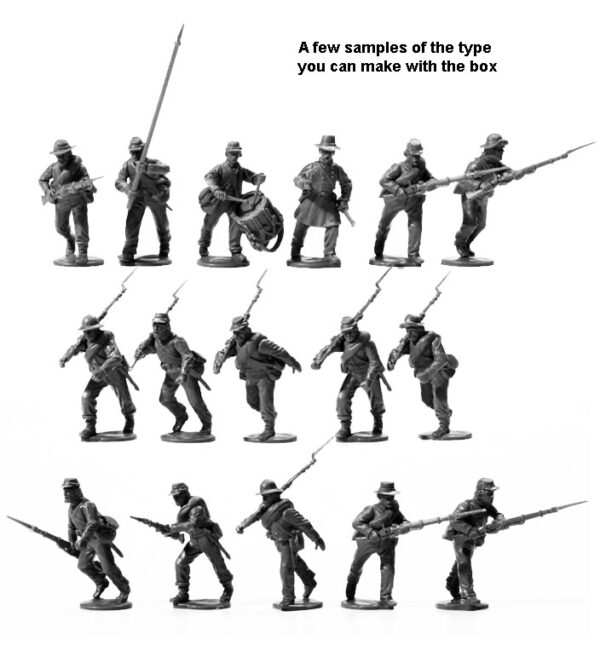 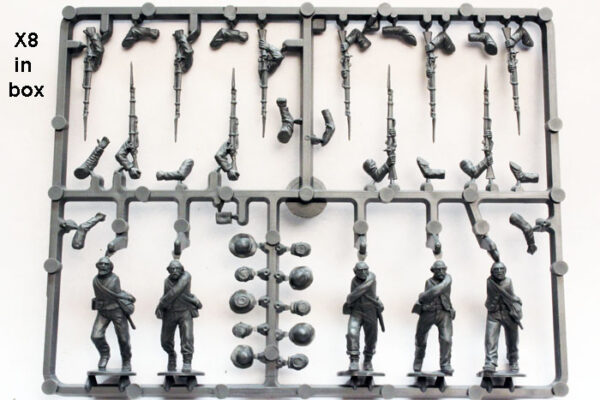 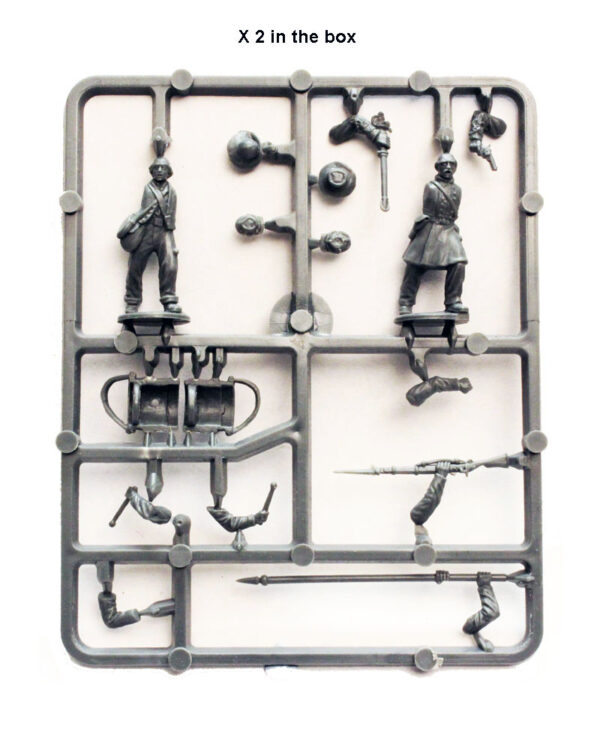 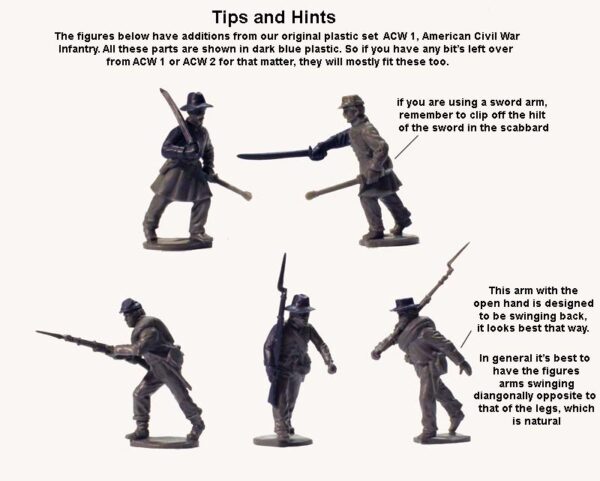 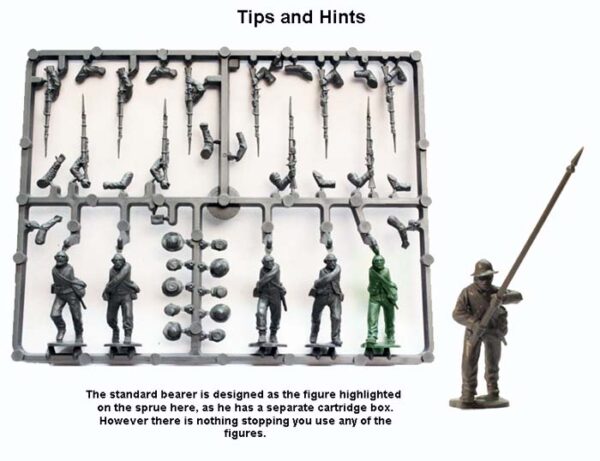 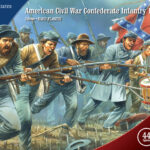 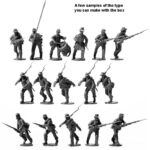 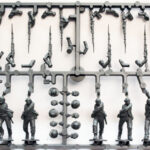 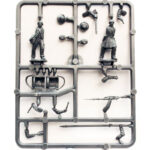 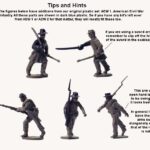 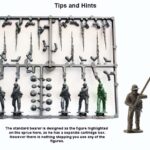 The figures in this box represent a Confederate infantry regiment form 1862 onwards although there are a fair amount of units that can be depicted from 1861 too. They are all represented in short jackets typical of the entire Confederate Army from mid-1863. Both caps and broad-brimmed hats are included for all figures as some regiments adopted the hat and others the cap, although most had a mix. All figures have separate arms to allow you build the regiment at ‘right shoulder shift’ or at the charge.

44 figures in the box, 8 flags, unit bases and a painting guide.